Ad Points are a quick and easy way to boost your ad rankings within NewLIST.

Ad Points allow you to enhance the ranking of your ads within NewLIST search results. Adding just a handful of Ad Points to any ad can boost the visibility of your ad.

To purchase Ad Points, simply create a new ad. The Ad Points modal will appear and you can select your ad points, starting with 0 for a totally free ad, or with the minimum points for the 4 basic ad sizes. 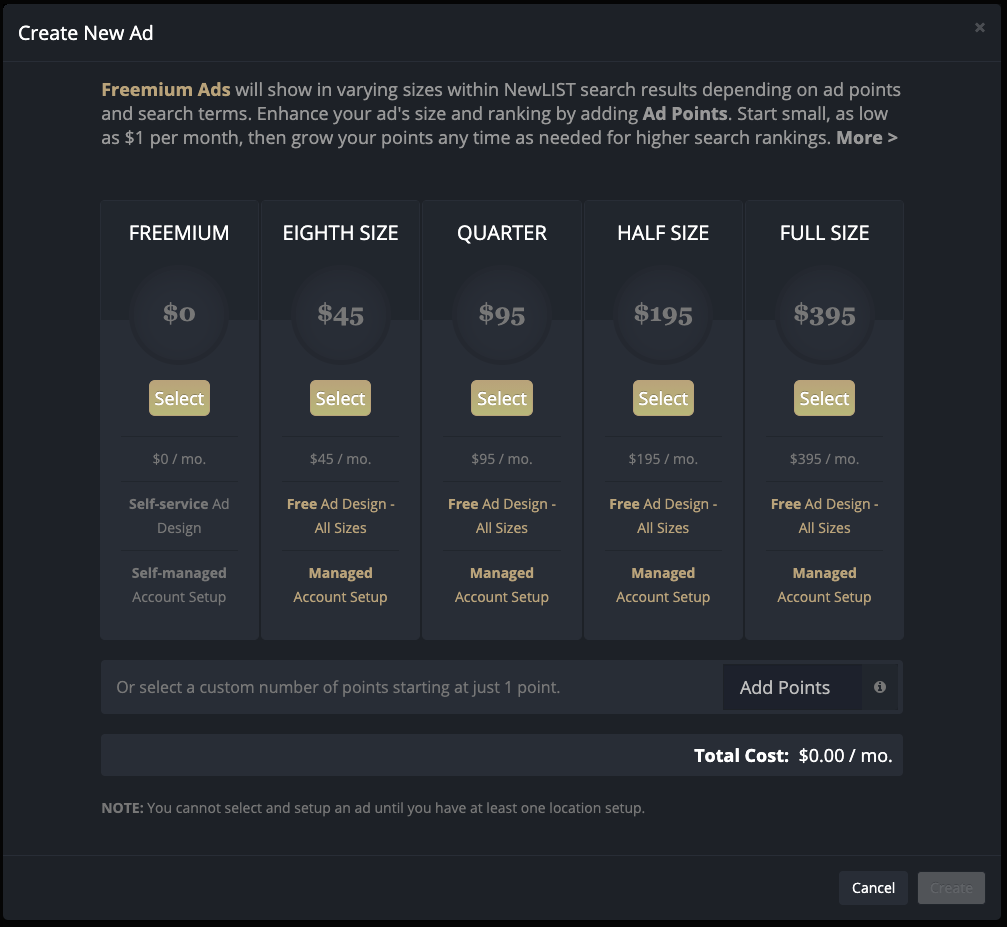 Once your ad is created, you can then adjust your ad points within the ad table directly. Notice that the Points column has an edit pencil icon. This means that this field in the table is directly editable. Simply click on the ad's points field in the table, and change the points to whatever you would like. Bear in mind that each point will cost about $1 per month if you run the ad for the entire month.

What do Ad Points Cost?

Basically Ad Points cost $1 per month per point. However, you are only billed for the points during the time your ad is running (not paused). Paused ads with points do not incur any charges. Essentially, ads are billed by the hour they are running during any given month.

Example: Let's say you run an ad for half the month with 100 ad points. You would only be billed about $50 because your ad only ran for 50% of the month.

As a rule of thumb, there are between 720 and 744 hours in a given month, February has even fewer hours. Therefore, you can estimate your ad costs by divided your points by about 730 to get a rough estimate of what your ad will cost. NewLIST bills at an hourly rate of $0.0034 per ad point rounded up.

Complete the form below to receive an email with the authorization code needed to reset your password.

Your session is about to expire. Click the continue button to keep working or logout. You will automatically be logged out when the timer expires.